Deck sections of highest precision: aside from the German Meyer shipyard, international shipbuilding companies have also taken notice of the Graebener® TWP® technology. A success despite all obstacles. 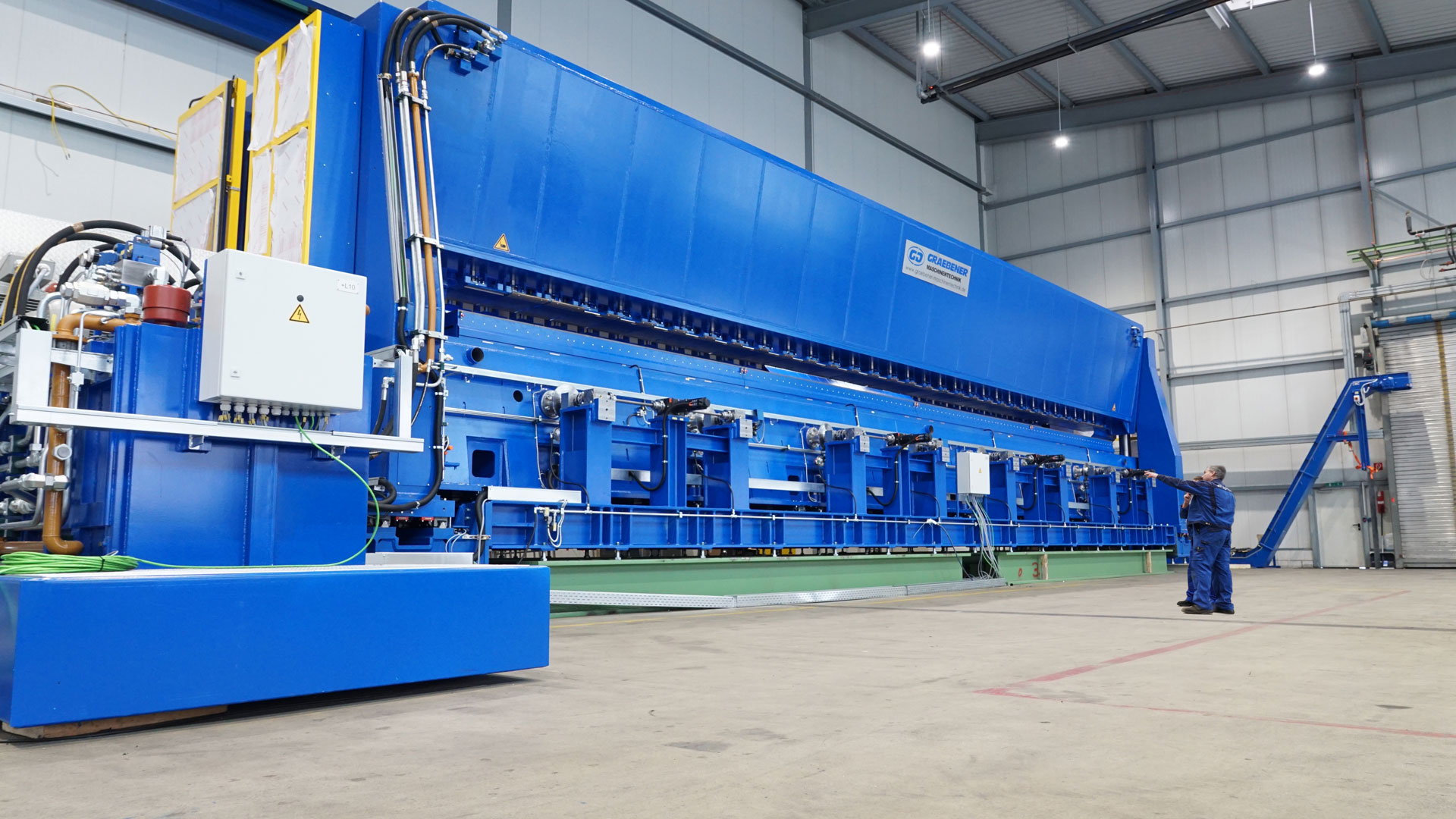 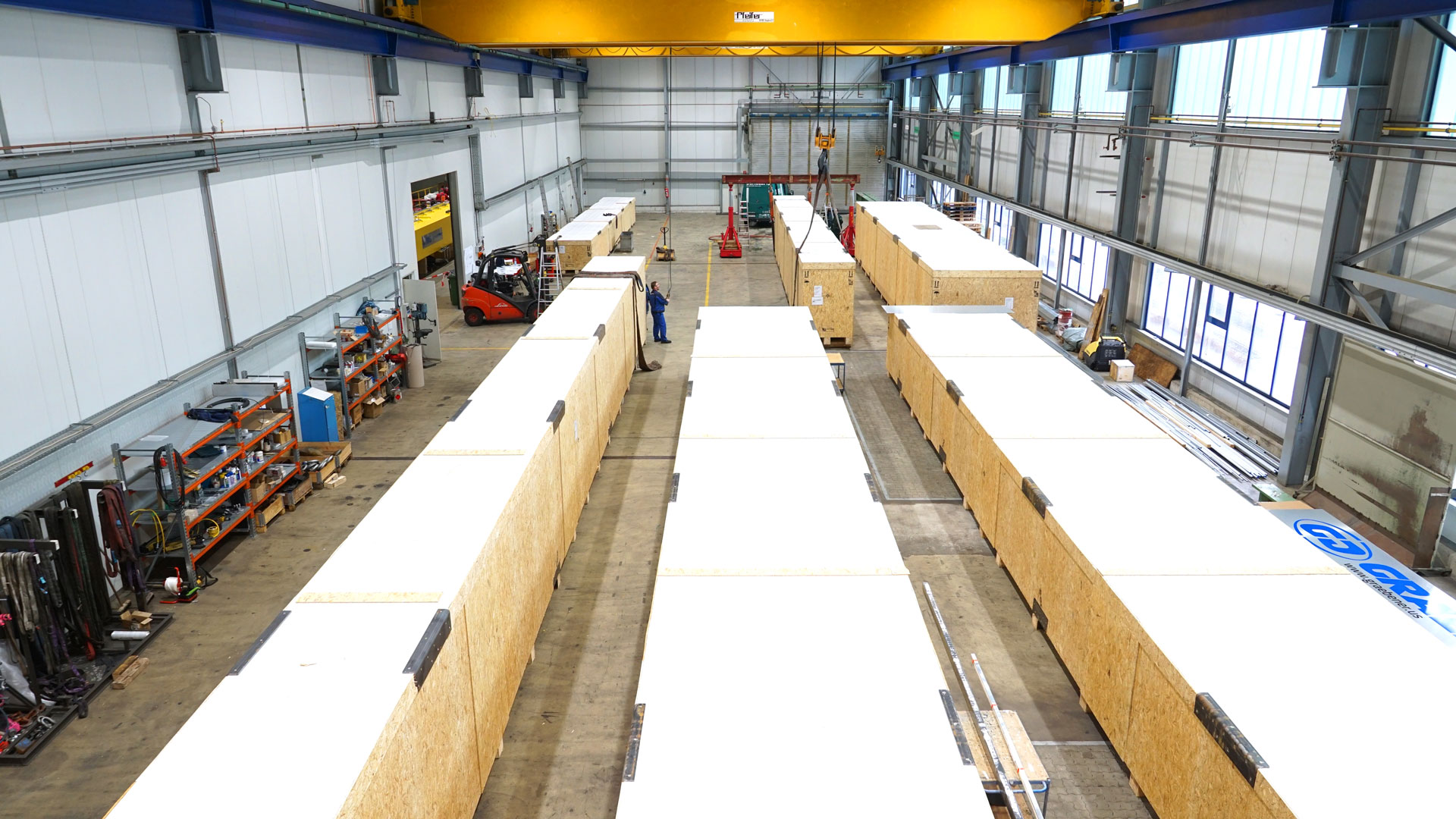 Graebener® further expands the success in the shipbuilding industries. Apart from the retrofit of an existing Graebener® machine in Philadelphia (USA), the family-owned company delivers two new machines to a large shipyard located near San Diego at the beginning of the year: one profile milling machine and one patented TWP® system for the production of ship decks weighing approx. 430 tons.

When it comes to the production of ship decks, the renowned Meyer shipyard in Papenburg has been relying on the well-proven Graebener® technology for several years. In the meantime, however, other international shipyards have also taken notice of the patented TWP® production process. TWP® stands for "Tailor Welded Plates", a customized production process which provides the shipyards with a decisive competitive edge on the international market.

In the TWP® system, the edges of individual steel plates of various lengths and thicknesses are milled in a first step. The second step is to join the plates by means of laser-hybrid welding to form a large panel – all of this in a fully automated process.

The dimensions of the productions line are enormous. The TWP® system leaving the company's premises for the USA these days can realize ship deck sections with a total length and width of approx. 16 meters; the system running at the Meyer shipyard in Papenburg even manufactures ship decks of 30 meters. The total weight of the machine amounts to 430 tons with individual weights of up to 100 tons – quite a challenge when it comes to the transport of this gigantic machine. "The poor condition of our roads in particular makes the handling of such large orders increasingly difficult", explains authorized officer and purchasing manager Ludger Dax. "If we want to stay competitive on the international market, we are very much dependent on the highly contested issue of heavy load routes." Dieter Kapp, managing director stresses the seriousness of the situation.

The Graebener® workshops in Netphen-Werthenbach and Wilnsdorf-Wilden are the starting points of up to 25 heavy load transports per year. In addition to the TWP® system, Graebener® will also deliver a profile milling machine to the new customer in San Diego at the end of January. Right after that, the machine builder will retrofit an existing machine with state-of-the-art technology for a large shipyard in Philadelphia in Eastern USA.

"Despite some challenges, the current orders confirm our belief that we are on the right path. Aside from new customers, returning customers are the biggest affirmation of our work", says Dieter Kapp, who has been forming the company together with shareholder Dr. Theodor Gräbener to become the world leader on various niche markets.

The Siegerland based machine building company, which has also achieved considerable international success with special solutions for the automotive, pipe manufacturing and wind tower industry, has every reason to maintain a positive outlook for the new year. Yet another major order could be booked from the shipbuilding industry – and once more, the customer is the Meyer shipyard.